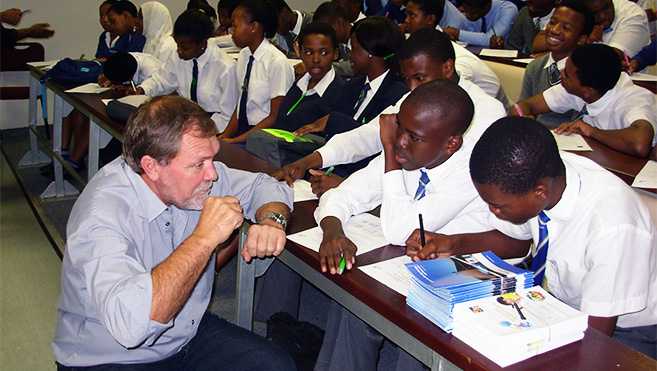 Cowan, who is originally from New Zealand, gave an inspiring talk highlighting opportunities in science and detailing his research interests to 70 pupils who are part of the Umkhumbane School Project.

Cowan, the Director of the Centre of Microbial ecology and Genomics at the University of Pretoria, is a global researcher on environmental extremes of microbial life in the soil of some of the world’s harshest landscapes, such as the Dry Valley in Antarctica and the Namib Desert in Namibia.

He spoke about his journey as a scientist and respected researcher, saying he hadn’t been top of his class at school but his passion for science had got him where he was today.

Cowan gave details of his research in the Antarctic and micro-organisms that survive there in extreme and harsh conditions.