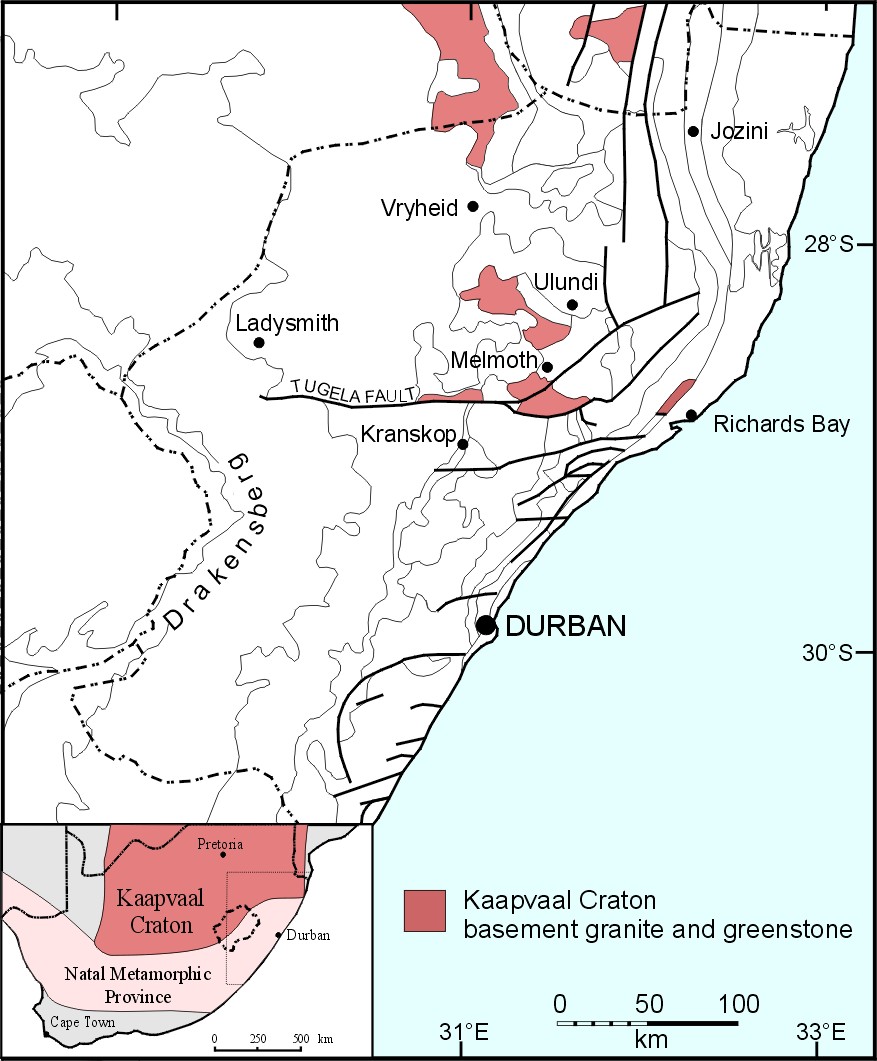 Basalt of the Nondweni Greenstone Belt south of Vryheid, preserves ancient ‘pillow structures’. These are identical to the structures seen today where basalt lava erupts into the sea.

The foundations of KwaZulu-Natal comprise two distinct geological units, the Kaapvaal Craton and the Natal Metamorphic Province. These form separate continental blocks that have influenced the geological history, scenery and economic potential of the region. North of the great Tugela River lies the most ancient crustal block in southern Africa, the Archaean Kaapvaal Craton (3000 million years old). The Kaapvaal craton is one of the very few remaining areas of pristine crust on Earth.

It was formed when when the Earth’s basaltic crust was intruded by granite. The basalts are 3500 million years old and are preserved as greenstone fragments within the granit. Granite can be seen in the valley between Melmoth and Vryheid, and at quarries inland of Richards Bay.

Granite and Gneiss (igneous and metamorphic) 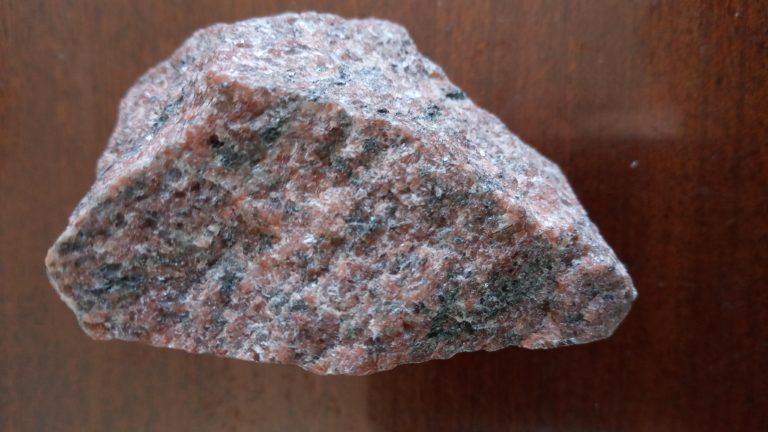 Granite is a light-coloured rock composed of the minerals quartz (generally colourless) and feldspar (which maybe pink and/or white) with some dark-coloured biotite and amphibole. The large crystals in the granite formed slowly due to the cooling deep underground. When the granite was caught up in continental collision, some of it was metamorphosed and deformed (changed by heat and pressure) into gneiss – identified by dark and light mineral banding. Once exposed by uplift and erosion, granite and gneiss typically weather to form round hills.