the Indian Ocean is born 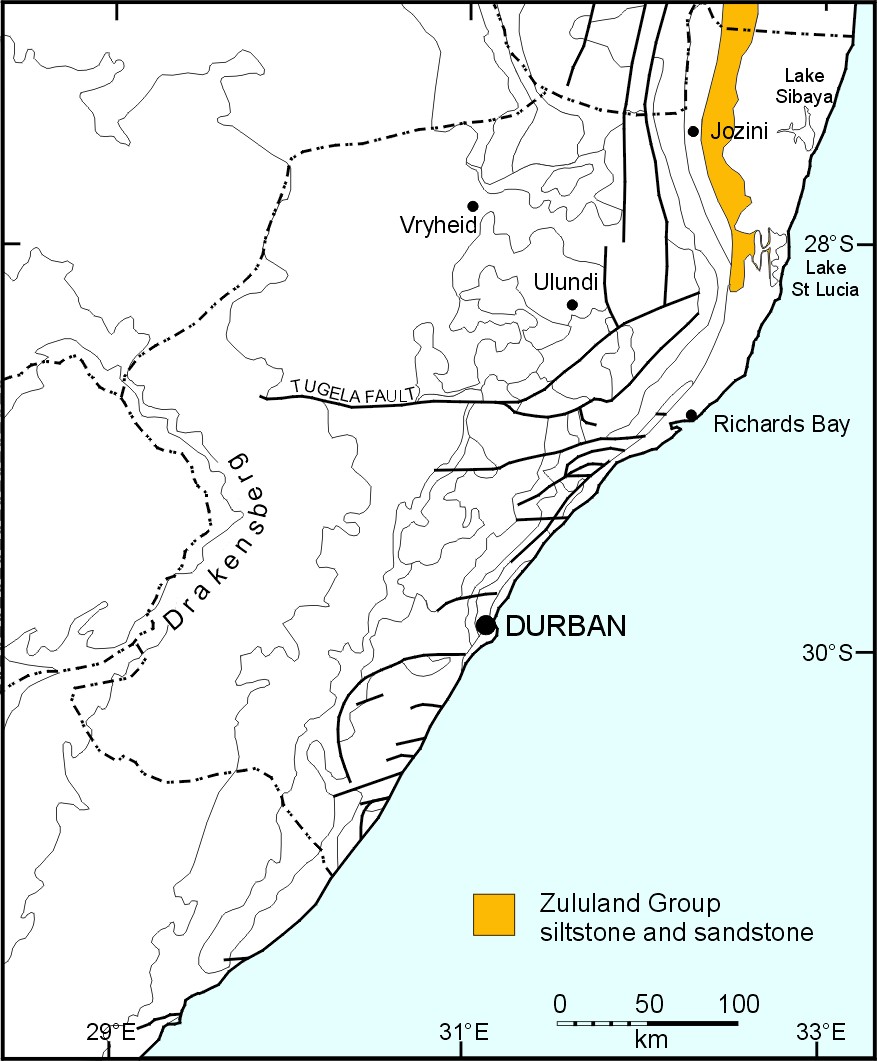 The first deposits formed in the newly opened Indian Ocean were silt- and sandstone of Cretaceous age (145-65 million years ago). These marine sediments were deposited at the same time that the largest dinosaurs roamed the land. 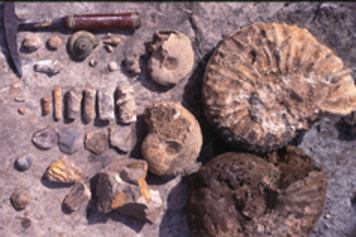 Fossils from the Zululand group at Lake St. Lucia

During this time, huge snail-like animals up to a metre in size called ammonites, thrived in the warm ocean. Their shells are common in almost all exposures of Cretaceous rocks, such as along the shorelines surrounding Lake St Lucia.

A wide range of evidence indicates that 65 million years ago a large meteorite impact at Chicxulub, Mexico resulted in a worldwide extinction of most organisms including ammonites and dinosaurs. 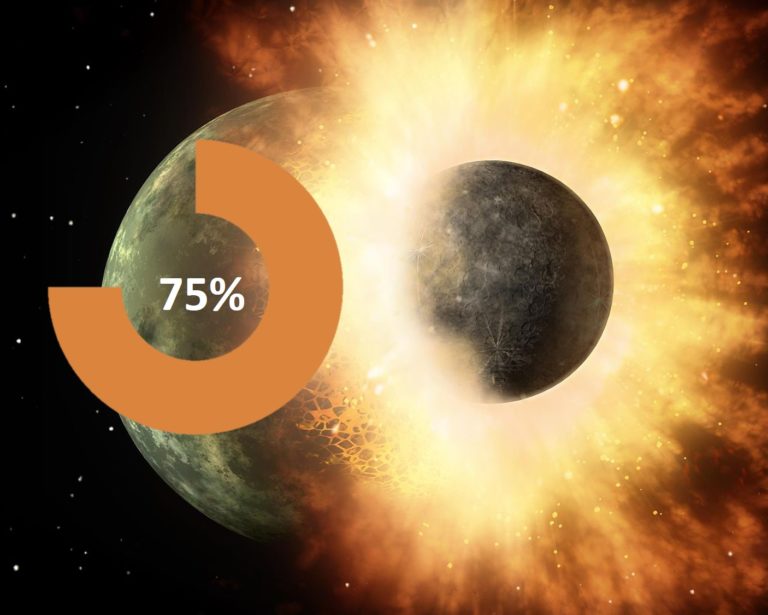 This extinction event eliminated a vast number of species. Based on marine fossils, it is estimated that 75% or more of all species became extinct.

Based on Iridium evidence (Iridium is abundant in asteroids and comets) scientists suggested that an asteroid struck the Earth at the time of the K–Pg boundary.

Although the concurrence of the end-Cretaceous extinctions with the Chicxulub asteroid impact strongly supports the impact hypothesis, some scientists continue to support other contributing causes: volcanic eruptions, climate change, sea level change, and other impact events.

Ammonites were marine animals belonging to the class Cephalopoda. They appeared in the lower Devonian and were extinct by the end of the Cretaceous Period. Although they resemble the living Nautilus they are more closely related to octopuses and squids.

Ammonites typically have an external chambered shell, planispirally coiled and often ornamented with ribs and knobs.  The ammonite’s shell was divided into chambers separated by walls known as septa. Where the septa joined the shell wall, intricate lines of varying complexity (known as sutures) are visible. Ammonoids are important as index fossils because of their rapid evolution and wide distribution in shallow marine waters.