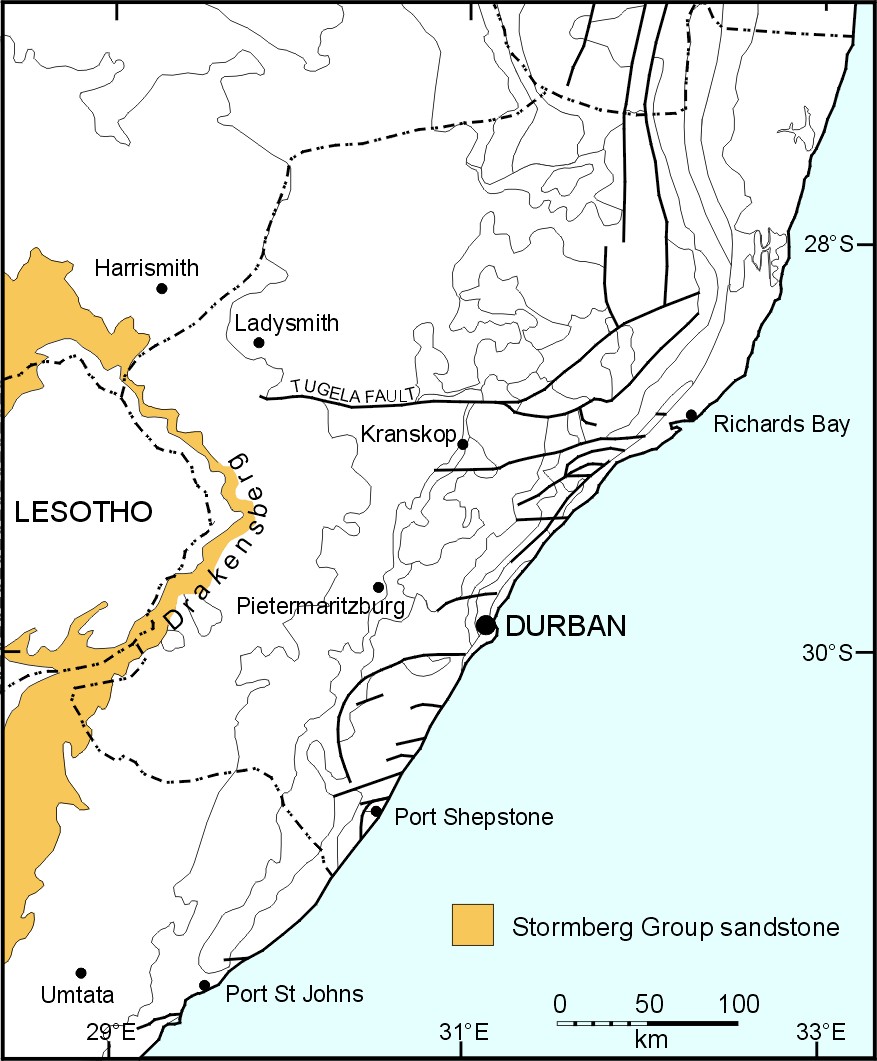 The Stormberg Group is subdivided into three formations which preserve a record of gradual desertification.

Sandstone of the lowermost Molteno Formation was formed by rivers in a wet environment. These are now exposed as small cliffs in the lower Drakensberg and can be easily recognised by their sparkling appearance. This is due to minute quartz crystals that coat and bind together the sand grains.

The Molteno Formation is in turn overlain by red mudstone of the Elliot Formation which contains dinosaur fossils such as the 12 metre long Melanorosaurus.

The overhanging white cliffs of the middle Drakensberg are composed of Clarens Formation sandstone. The fine to medium-grained, thickly-bedded sandstones range from pale orange or pinkish to cream in color. These sandstones were deposited as large dunes in a desert environment and preserve large internal bedding structures called crossbeds. Worm burrows and dinosaur footprints can also be found in these rocks. 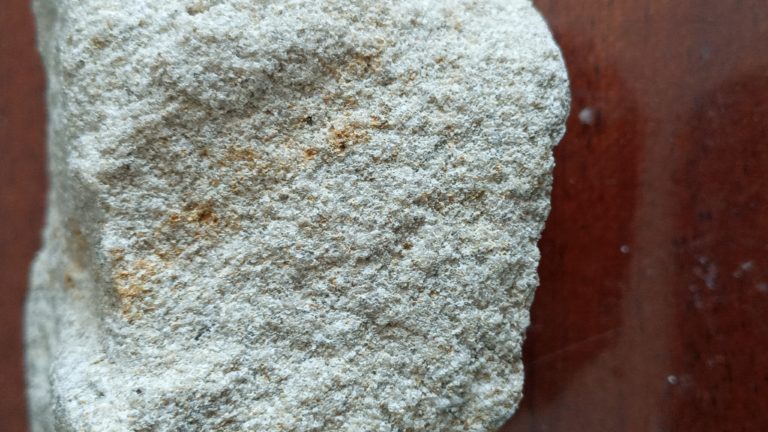 These medium-grained sandstones form the white, often overhanging cliffs in the middle Drakensberg. The sand is mature (quartz-rich, relatively fine grained and well sorted) due to prolonged transport in a desert environment. This makes it different from the Natal group sandstone.