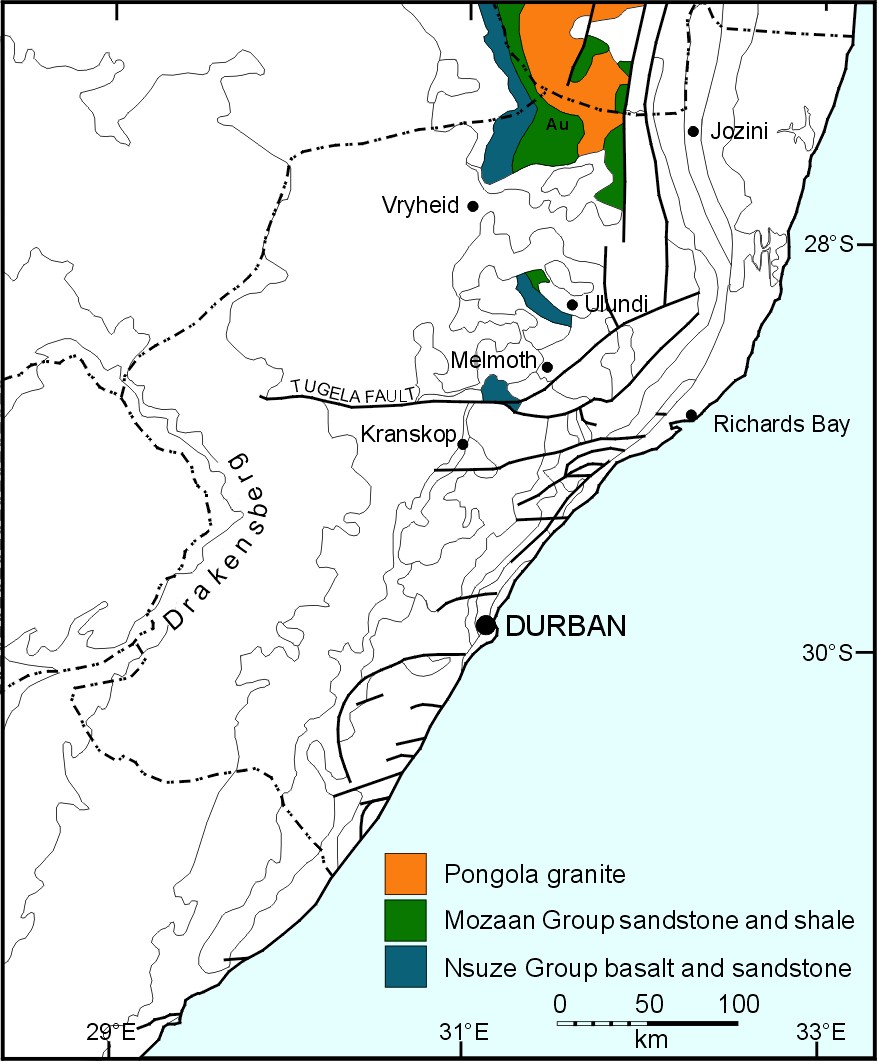 After formation, the Kaapvaal Craton was uplifted and exposed to the atmosphere. This resulted in weathering, erosion and transport of sediment into shallow basins. Both the Pongola Supergroup and the similar gold-rich Witwatersrand rocks were deposited in these early basins.

The lower part of the Pongola Supergroup (Nsuze Group) is a succession of basalt, sandstone and minor limestone.

Overlying the Nsuze Group is a thick succession of sedimentary rocks called the Mozaan Group which contain gold-bearing conglomerate. Old gold workings can be seen at Denny Dalton, between Vryheid and Melmoth.

Vein gold is also mined near the Swaziland border. In northern KwaZulu-Natal and Swaziland the Pongola Supergroup was intruded by granite. As these intrusions cooled, the surrounding rock was metamorphosed.

The photosynthesing bacteria (cyanobacteria) consumed carbon dioxide and caused the precipitation of calcium carbonate from the sea water, which stuck to the bacterial colonies. Gradually, layer upon layer of calcium carbonate was added, forming stromatolites. The shape (cones, domes ect.) assumed by stromatolites depends on water depth, tidal range, and wave and current activity.

Picture adapted from: The story of Earth & Life (T. McCarthy & B. Rubidge)

evidence of the ‘Great oxidation event’ 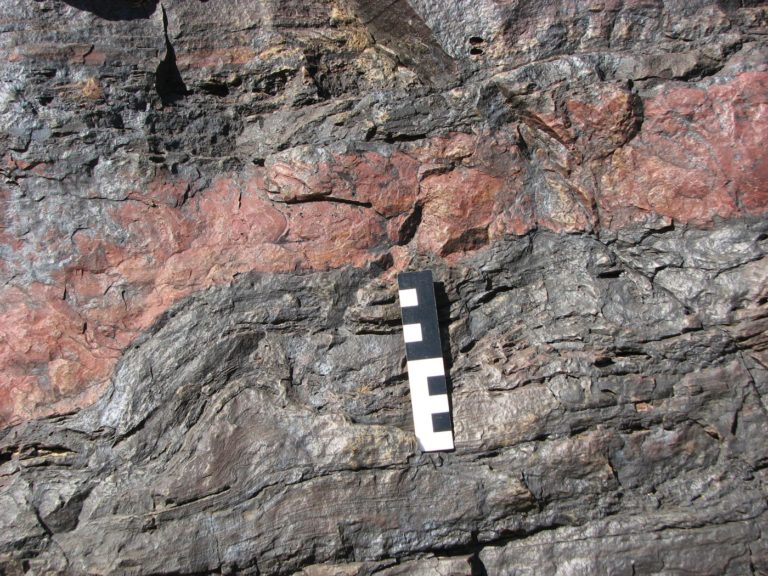 Banded iron formations are distinctive units of sedimentary rock consisting of alternating layers of silver to black iron oxides in the form magnetite or hematite  and iron-poor chert, often red in colour.  The rock beds can be 50-600 m thick. Banded iron formations are thought to have formed in sea water as the result of oxygen production by photosynthetic cyanobacteria. The oxygen combined with the iron and sank to ocean floor as thin layers of insoluble iron oxide. The banding is thought to mark seasonal peaks in oxygen production.